Found on WSJ.com and written by Frederick Dreier

The Ironman triathlon coming to Chattanooga, Tenn., in September sold out 2,500 slots in under a minute.

It’s hard to see much difference between the two beyond the logo.

As Ironman races swell in popularity in North America with more weekend warriors competing, rival races are popping up. They are finding, though, that it can be hard to attract competitors without the name Ironman, even with lower entry fees. Meanwhile, the Ironman series, run by World Triathlon Corp., which owns the Ironman trademark, has ballooned to 35 global races, many with waiting lists.

Kem Akol, a real-estate agent in Santa Cruz, Calif., decided to organize an event of his own and build a business out of it after completing his 28th Ironman triathlon. Given the demand, Mr. Akol believed that athletes would flock when race registration opened in March.

Since he couldn’t call it an Ironman, he named it CapitolaMan, after the nearby town of Capitola. As of Monday afternoon, only 36 athletes had signed up. “We’re going to have a good time, no matter how many people show up on race day,” Mr. Akol says. “I’m still optimistic.”

Triathlon veterans have numerous explanations for why the Ironman brand dominates the field—this year it will have more than 85,000 entrants.

There’s an advantage to being the most established player in a market. But the simplest reason is likely the power of the brand name. Some triathletes, it seems, have little interest in propelling themselves across 140.6 total miles of water, pavement and trail if, when the arduous journey is completed, they cannot attach “Ironman” to their name. Many triathletes colloquially call the newer races Iron-distance or full-distance.

Andrew Messick, World Triathlon chief executive, attributes Ironman’s success to multiple factors, from each race’s course design and location to the festival-like production. “I think that 20 years ago an independent director could get away with throwing some cones out on the road and get people to race,” Mr. Messick says. “If someone is going to train every day for six months, [now] they expect a certain level of quality.” 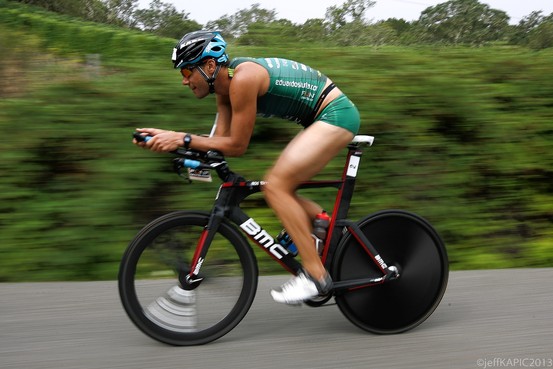 “Ironman sells out races and the rest of us struggle,” says Tom Struzzieri, president and chief executive of the company that oversees the Hits series, which includes Iron-distance races. (The events also include races of other distances that have drawn larger crowds.)

There are exceptions. North Carolina’s Beach 2 Battleship triathlon festival attracted 698 registrants at the full distance, and the Vineman full-distance race in California’s Sonoma County capped its registration at 700 last year.

One strengthening competitor sits outside the U.S. The Challenge Family series of triathlons organizes a 4,000-person Iron-distance race in Roth, Germany. Challenge Family is entering the U.S. market this year with races in Atlantic City, N.J., and New Albany, Ohio.

Felix Walchshöfer, chief executive of the Challenge Family, says he doesn’t expect to overtake Ironman in number of races or “market dominance,” but he wants to give triathletes another choice.

Still, most other Challenge Family full-distance triathlons are smaller than the average Ironman race. None of the other independents approach the 3,000 participants that Ironman often gets. Russ Pugh, director of the Vineman, says he didn’t reach his numbers overnight, either—the race has been around since 1990.

“For eons it seemed we could never get more than 300 [participants],” he said. “If you want to have the biggest, greatest race in the world, it’s not going to happen at this distance.” 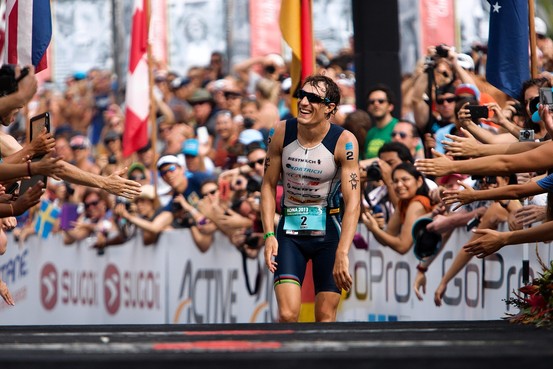 Further helping its dominance, the Ironman series rewards its age-group champions with an entry into the famed Ironman World Championship event in Kailua-Kona, Hawaii. For many triathletes, earning the ticket to Kona is a lifelong dream, though fewer than 3% qualify each year. Ironman races also throw postrace parties, lavish dinners and awards ceremonies.

The first Ironman was held in 1978 in Hawaii, and it gained fame in the 1980s after repeatedly appearing on ABC’s “Wide World of Sports.” World Triathlon Corp. was founded in the 1990s and began licensing out the brand name. It is owned by a private-equity fund.

There’s also the self-promotion that comes with finishing. Some Ironman participants tattoo the brand’s logo on themselves, while others promote their status with gear—Ironman now sells $500 million of branded merchandise each year, World Triathlon Corp. says. The company employs a lawyer whose sole responsibility is protecting the brand from unlawful use, according to Mr. Messick.

“We don’t want an athlete to get confused and think they are doing an Ironman” when they compete in a rival race, Mr. Messick says.

Alison Davies, an account manager in Toronto, says the overall organization at the Vineman triathlon was comparable to what she’s seen at Ironman races.

Ms. Davies, who qualified for Kona in 2013, says she was attracted to Ironman after seeing a runner with the logo tattoo at the 2010 Boston Marathon. Now that she has completed five Ironman events, she hopes to do more independent Iron-distance races, to try something new.

“You want to do the [Ironman] branded race first, because it may be the only one you ever do,” she says. “After you’ve done a few, what does it matter if you’re doing an Ironman or an Iron-distance?”

Independent races can sometimes be tougher than an Ironman. The Norseman Xtreme event in Norway begins at sea level and finishes atop a 6,000-foot mountain. 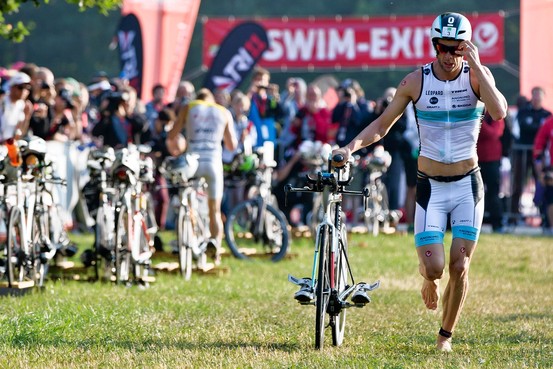 Steve Behler, who manages a construction company in Santa Rosa, Calif., says he struggled to complete the Vineman race through wine-country hills. For him, finishing Ironman Arizona was comparatively easy.

Mr. Behler says the atmosphere at the races was different: “Vineman was more laid-back. It was about having fun.”

The promotional power of Ironman and Challenge greatly outweighs that of Mr. Akol, who has been crisscrossing California in his car this spring, pitching his race at various triathlon club meetings and races.

Mr. Struzzieri, who also participates in his Hits Iron-distance triathlons, says he has given up fighting the brand, even in his personal life.

“When friends ask me why I’m training 30 hours a week, it’s just easier to say ‘I’m training for an Ironman,’ ” he says.